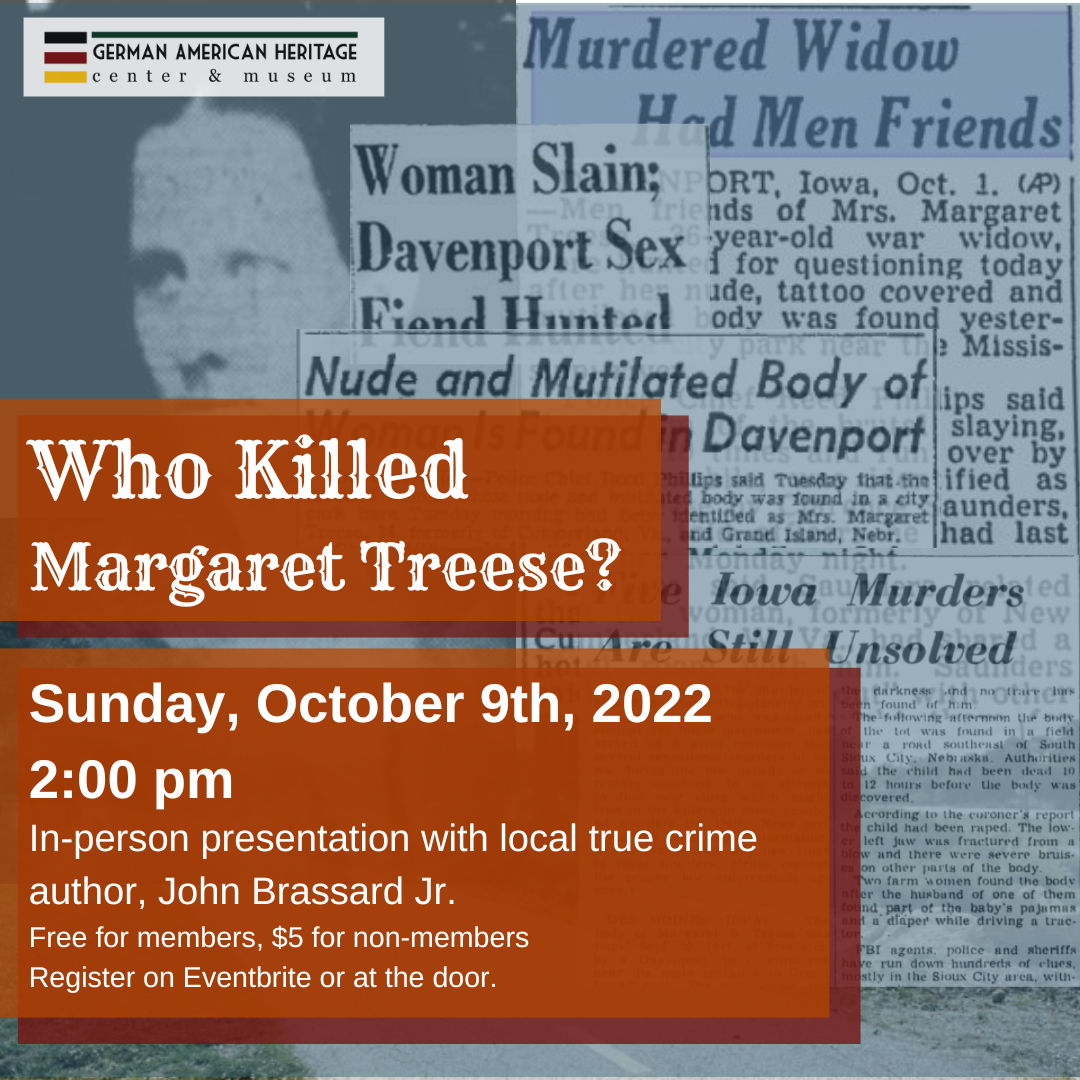 Margaret “Peggy” Treese was a local Davenport woman who was a victim of a brutal crime. She lived at the Standard Hotel, now the German American Heritage Center, with her lover Clarence Saunders. One fateful morning, Margaret Treese’s body was found on Credit Island in 1947, and became one of the most brutal unsolved murders in the Quad Cities history. But who killed her? Explore that question with historian John Brassard Jr. as we ask, “Who Killed Margaret Treese?”

John Brassard Jr. is an author, historian, and storyteller from Eastern Iowa. He is the author of three books and has written several newspaper and magazine articles on Iowa history. John has given multiple presentations across the state, as well as given numerous radio and podcast interviews. He is also the host of his own podcast, The Kitchen Table Historian, a show about true crime, dark history, and the paranormal throughout the Midwest.