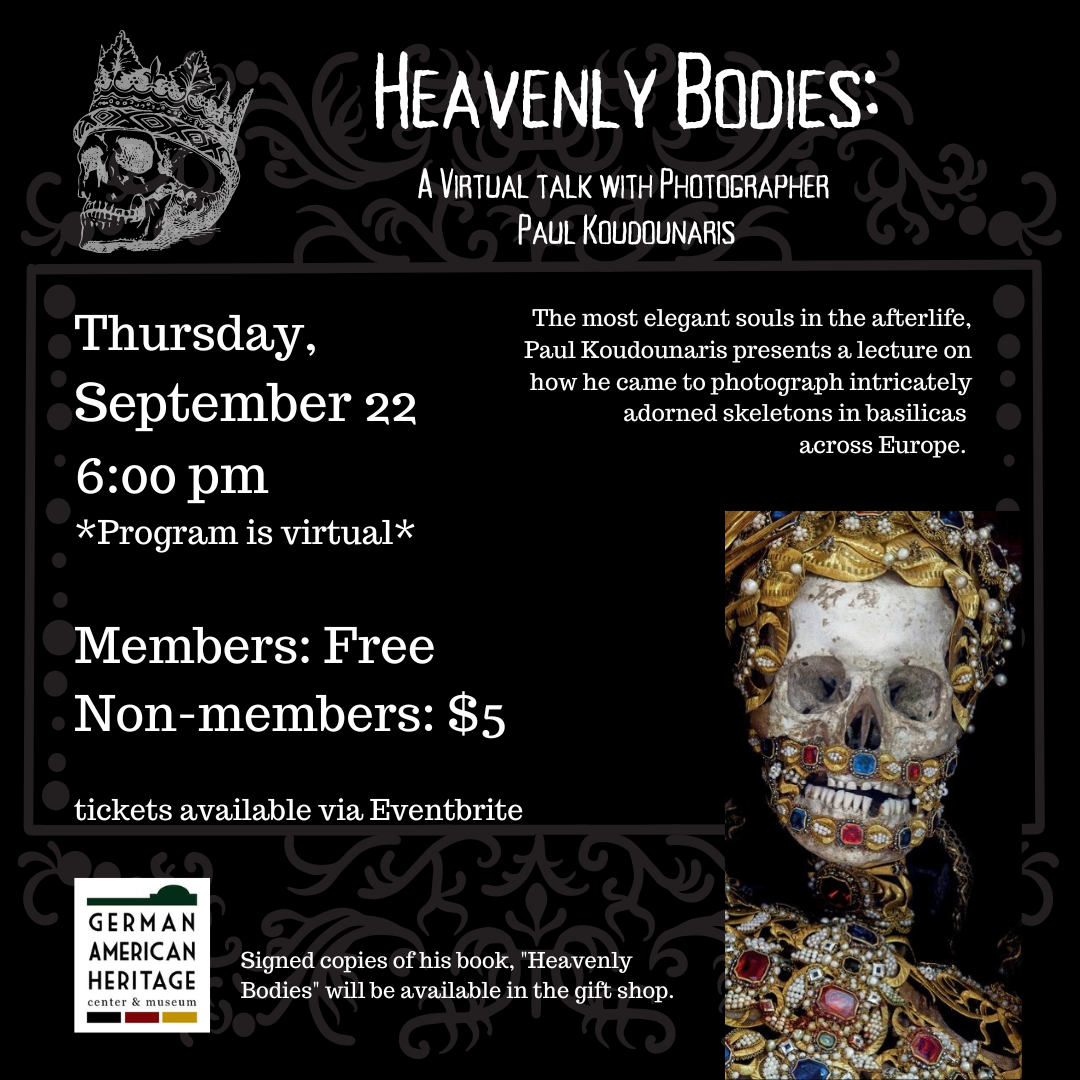 Join us for a virtual talk with author and photographer Paul Koudounaris as he discusses his work and book, “Heavenly Bodies,” which delves deep into study of obscure macabre art history by presenting the forgotten story of a group of skeletons taken from the Roman Catacombs in the seventeenth century and completely decorated with jewels by teams of nuns. The book describes how these bodies, known as catacomb saints, were identified as Early Christian martyrs, then sent primarily to German-speaking lands where they were decorated and placed into Catholic Churches. Such skeletons were mostly removed and destroyed during the Enlightenment, but Dr. Paul Koudounaris tracked down all the surviving examples and photographed them for the book.

Dr. Paul Koudounaris has a PhD in art history from UCLA and an international speaking career, and he is one of the world’s most popular historians of the eccentric, ephemeral, and macabre. His publications in the field of charnel house and ossuary research have made him a well-known figure in the field of macabre art and art history. 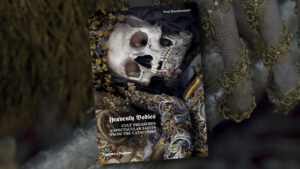 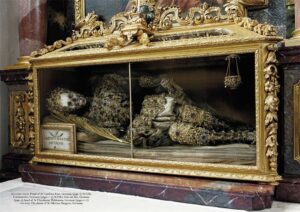