To Hell and Back: The Story of Audie Murphy performance by Duffy Hudson 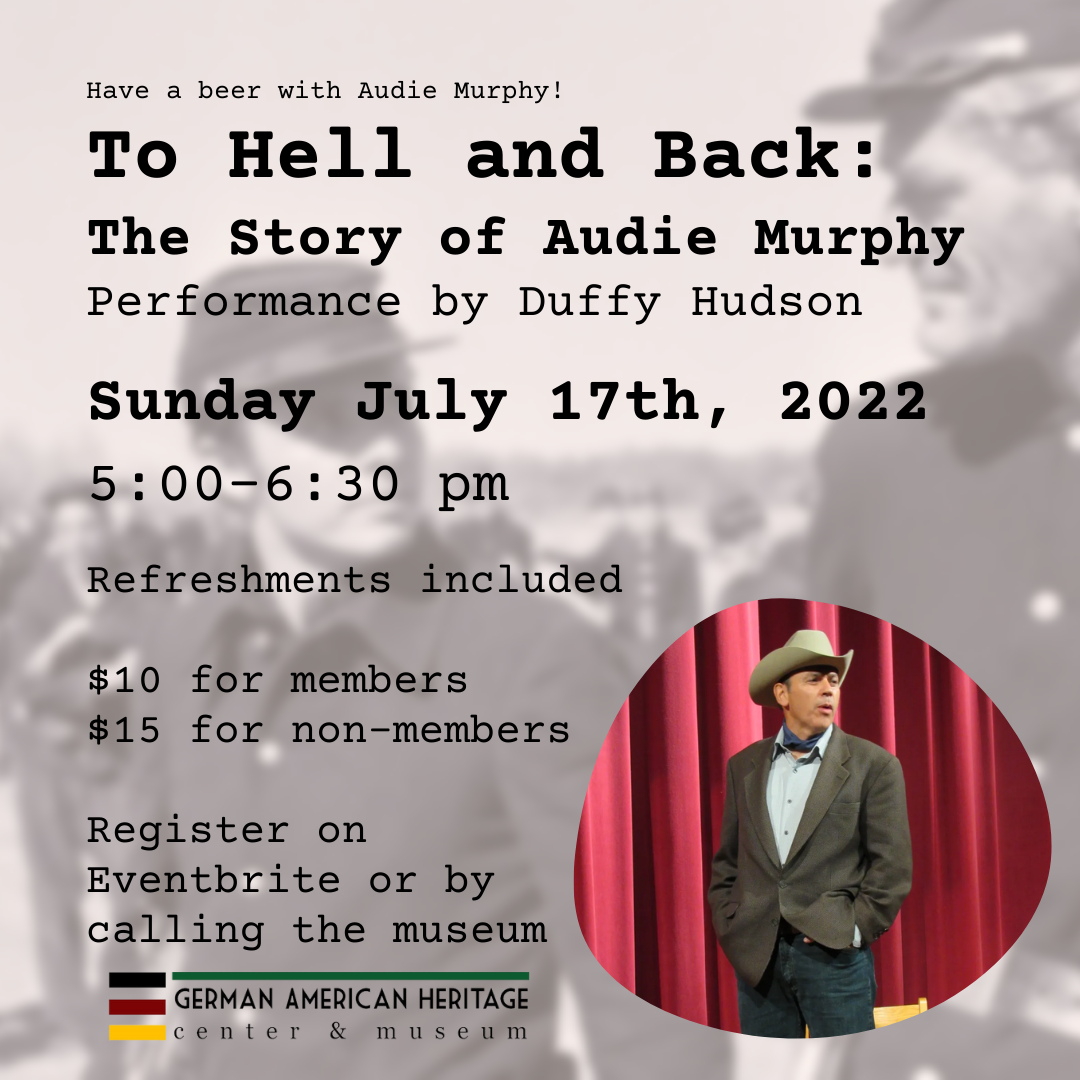 Audie Murphy was and is a great American hero, and one of the most decorated American combat soldiers of World War II. In addition to being a soldier, he was an actor, songwriter, and rancher. He led a unique and event-filled life. He was also open about his struggles with PTSD and was an advocate for research and care for veterans who struggle with this condition.

Join us in learning about the life of an American hero and enjoy refreshments that are included with ticket purchase.

Duffy Hudson is an actor, director, writer, teacher and filmmaker. After graduating from college, he moved to New York City where he attended the Circle in the Square Theater School, on Broadway. He has studied with such great Directors as Michael Kahn, Nikos Psacharopoulos, Nakita Mikhalkov (Academy Award winning director for Burnt by The Sun) as well as Sandra Seacat and Larry Moss. Throughout his career Duffy has been active as a teacher on the professional as well as the collegiate level, combining his many experiences and talents.

“I have had the honor of performing for Audie’s sister Nadine at the Audie Murphy Museum in Greenville, Texas and meeting childhood friends of Audie and the family who took Audie in when he was orphaned. I also had the honor of meeting Captain John Heard of the 3rd Infantry Division who fought side by side with Audie Murphy.”