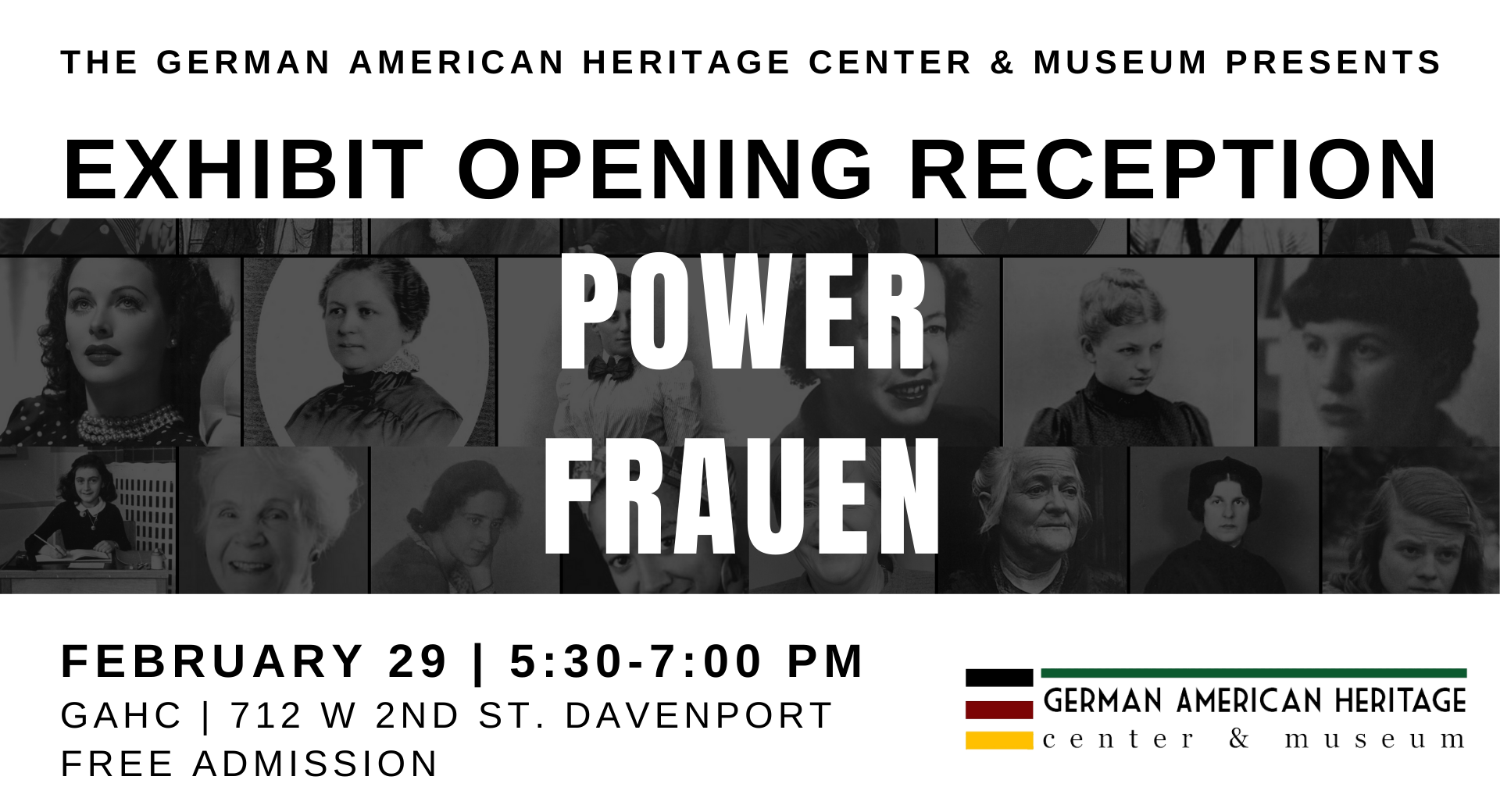 Join us on Saturday, February 29th from 5:30-7:00 pm for an opening reception for our new exhibit “Power Frauen: German Women Who Dared to Dream.” There will be live music by Liv Carrow, appetizers provided by Crane & Pelican, and wine provided by The Grape Life.

In the year 2020, we commemorate the 100th anniversary of the ratification of the 19th Amendment – that which guaranteed women the right to vote.

In celebration of this anniversary, this exhibit features German and German American women who left their mark on the world. Paired with original artwork created by local women artists, this exhibit tells the stories of these amazing “Power Frauen.”

Admission to the opening reception is free