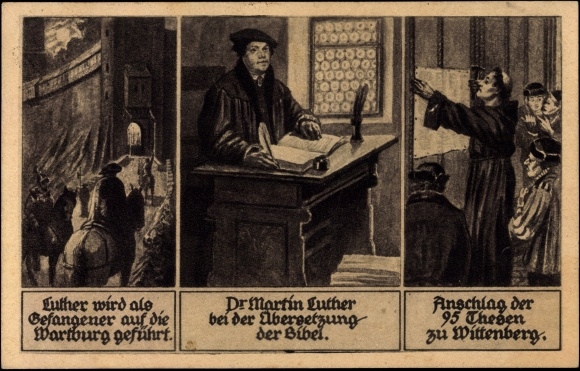 This presentation by Wolf Koch will review the beginnings of higher education outside the religious establishment and summarize the works of the early reformers Peter Waldo, John Wyclif and Jan Hus. It will discuss the printing of the Bible by Gutenberg in 1455, the first German Bible by Mantelin in 1466 and the impact of printing technology on the development of 15th century European culture. It will emphasize the unique events and outside influences that enabled Martin Luther to succeed where previous reformers had failed: a series of events impossible without the development of mass media including printed texts, art works, illustrations, sermons and music. The presentation will provide a summary of the century that followed the Reformation, culminating in the Thirty Year War, a period during which parts of the Holy Roman Empire lost more than two thirds of its population. Finally, we will highlight the mythology which developed around Martin Luther’s image over the five centuries following the Reformation, making him one of the most noted and controversial figures in World history.