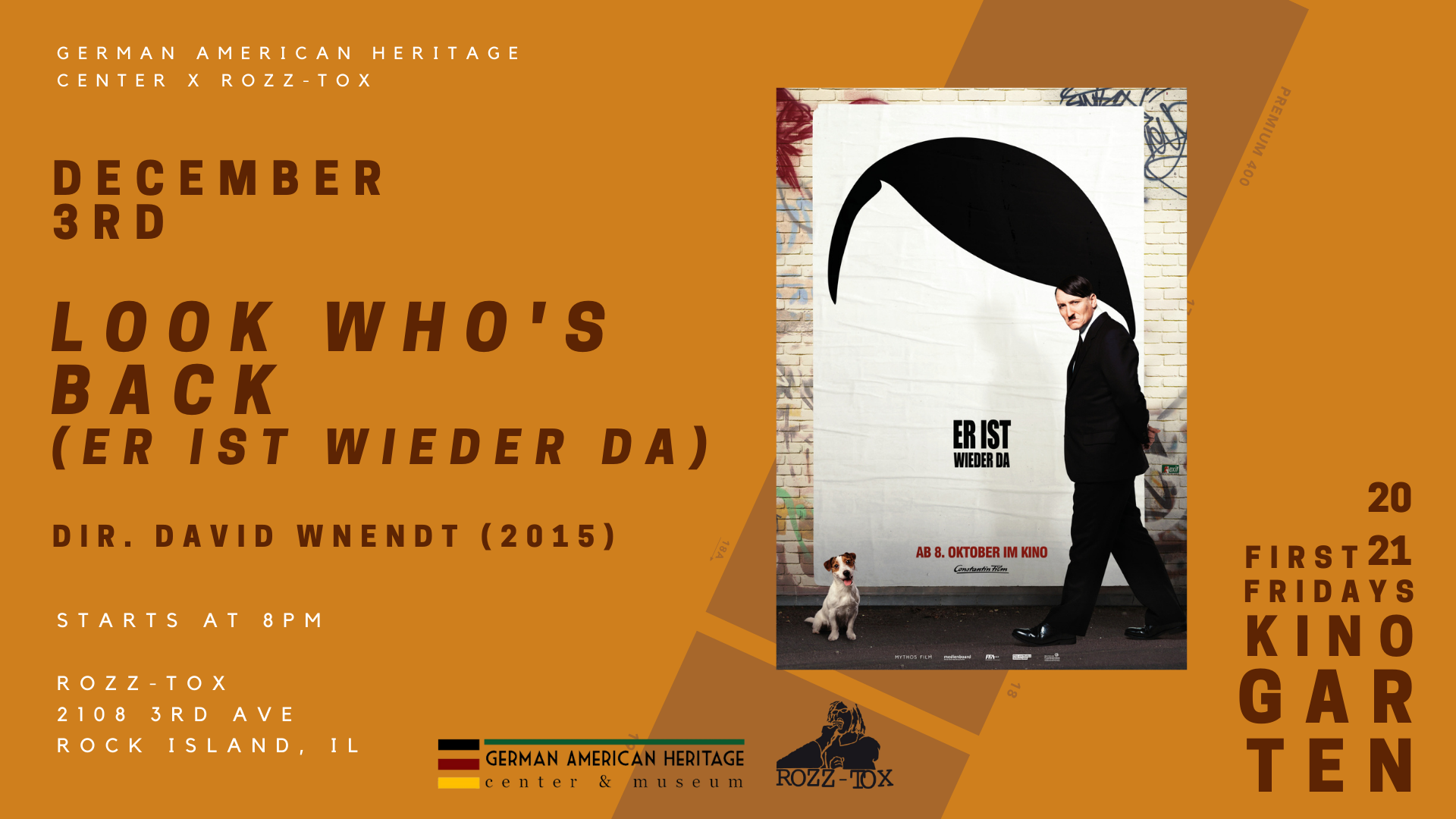 The German American Heritage Center & Museum and Rozz-Tox are teaming up for another Kinogarten! Every first Friday, we partner for a free outdoor film screening of a German language film in the garden of Rozz-Tox, Rock Island.

Join us on Decemer 3rd at 8pm for “Er ist wieder da.” (Auf English: “Look Who’s Back!”)
“Er ist wieder da” is a 2015 comedy in which Adolf Hitler time travels to the 21st century. This film is unrated, but contains some mature language.

Rozz-Tox will be offering special German beers and snacks for sale, in addition to their standard fare. This event is free and open to the public. No registration required! The film will be screened in the back garden of Rozz-Tox in Rock Island. In case of inclement weather, it may be moved indoors. Please note that masks are required while indoors at Rozz-Tox.