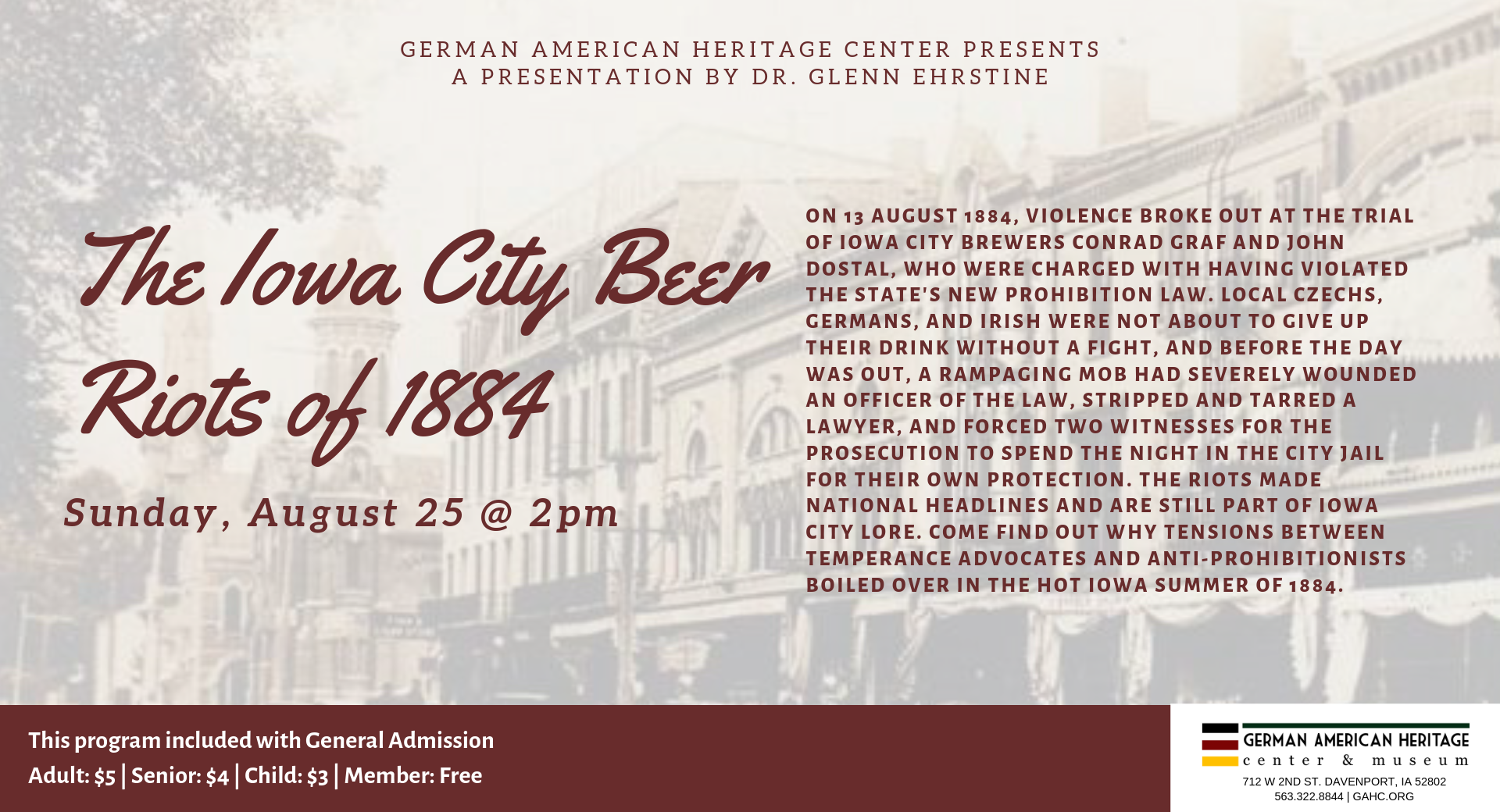 Join us on Sunday, August 25 at 2pm for a presentation by Dr. Glenn Ehrstine about the Iowa City Beer Riots of 1884.

On 13 August 1884, violence broke out at the trial of Iowa City brewers Conrad Graf and John Dostal, who were charged with having violated the state’s New Prohibition law. Local Czechs, Germans, and Irish were not about to give up their drink without a fight, and before the day was out, a rampaging mob had severely wounded an officer of the law, stripped and tarred a lawyer, and forced two witnesses for the prosecution to spend the night in the city jail for their own protection. The riots made national headlines and are still part of Iowa City lore. Come find out why tensions between temperance advocates and anti-Prohibitionists boiled over in the hot Iowa summer of 1884.