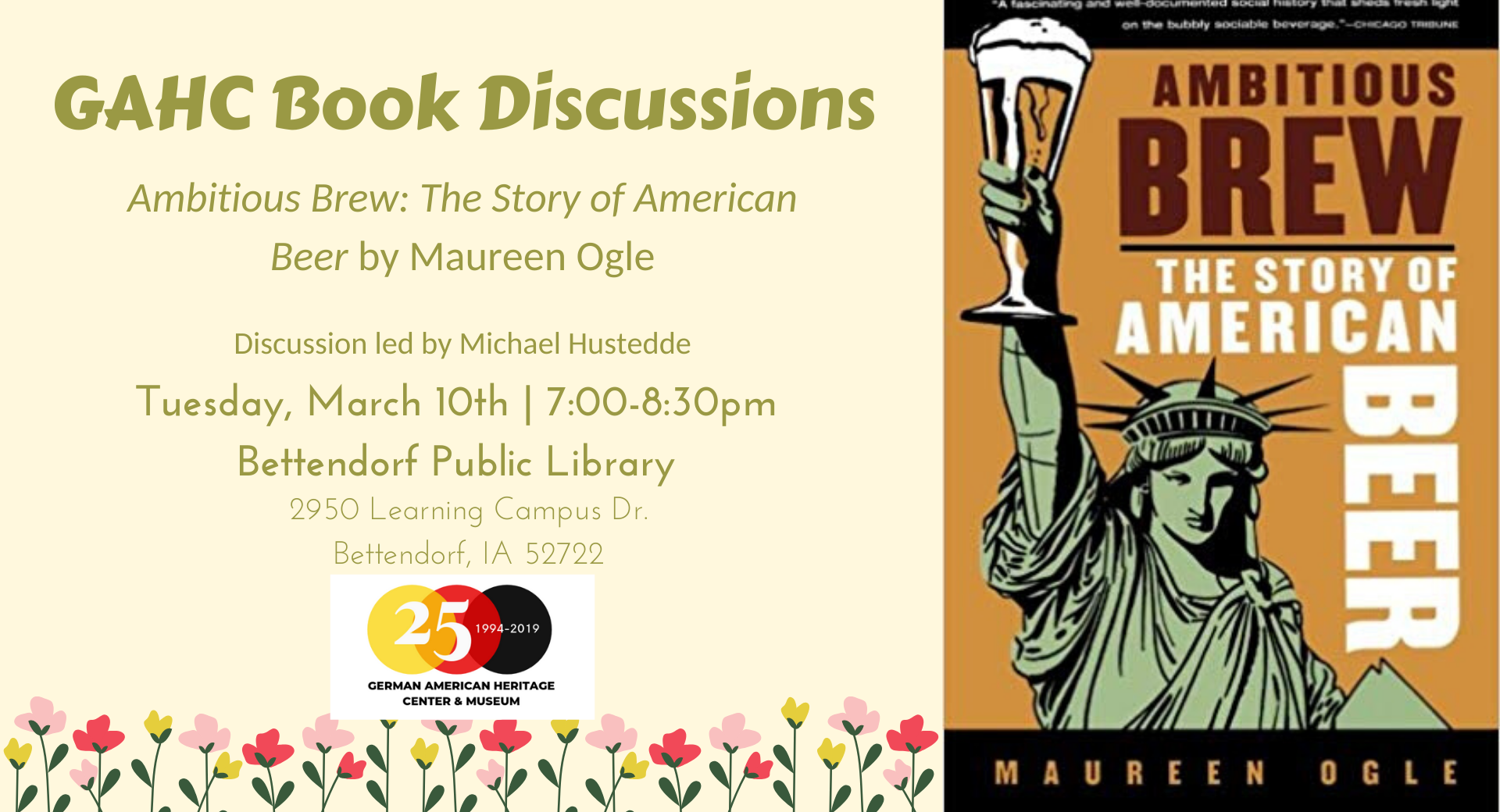 Join the GAHC Book Discussion group on Tuesday, March 10th at 7pm for the fourth of their 2019-2020 book discussions.

On March 10th, the group will discuss Ambitious Brew: The Story of American Beer by Maureen Ogle. The discussion will be led by Michael Hustedde.

Ambitious Brew, the first-ever history of American beer, tells an epic story of American ingenuity and the beverage that became a national standard. Not always America’s drink of choice, beer finally took its top spot in the nation’s glasses when a wave of German immigrants arrived in the mid-nineteenth century and settled in to re-create the beloved biergartens they had left behind. Fifty years later, the American-style lager beer they invented was the nation’s most popular beverage—and brewing was the nation’s fifth-largest industry, ruled over by titans Frederick Pabst and Adolphus Busch. Anti-German sentiments aroused by World War I fed the flames of the temperance movement and brought on Prohibition. After its repeal, brewers replaced flavor with innovations such as flashy marketing and lite beer, setting the stage for the generation of microbrewers whose ambitions would reshape the brew once again.

Grab a glass and a stool as Maureen Ogle pours out the surprising story behind your favorite pint.