Book Discussions: An Evening in the Palace of Reason 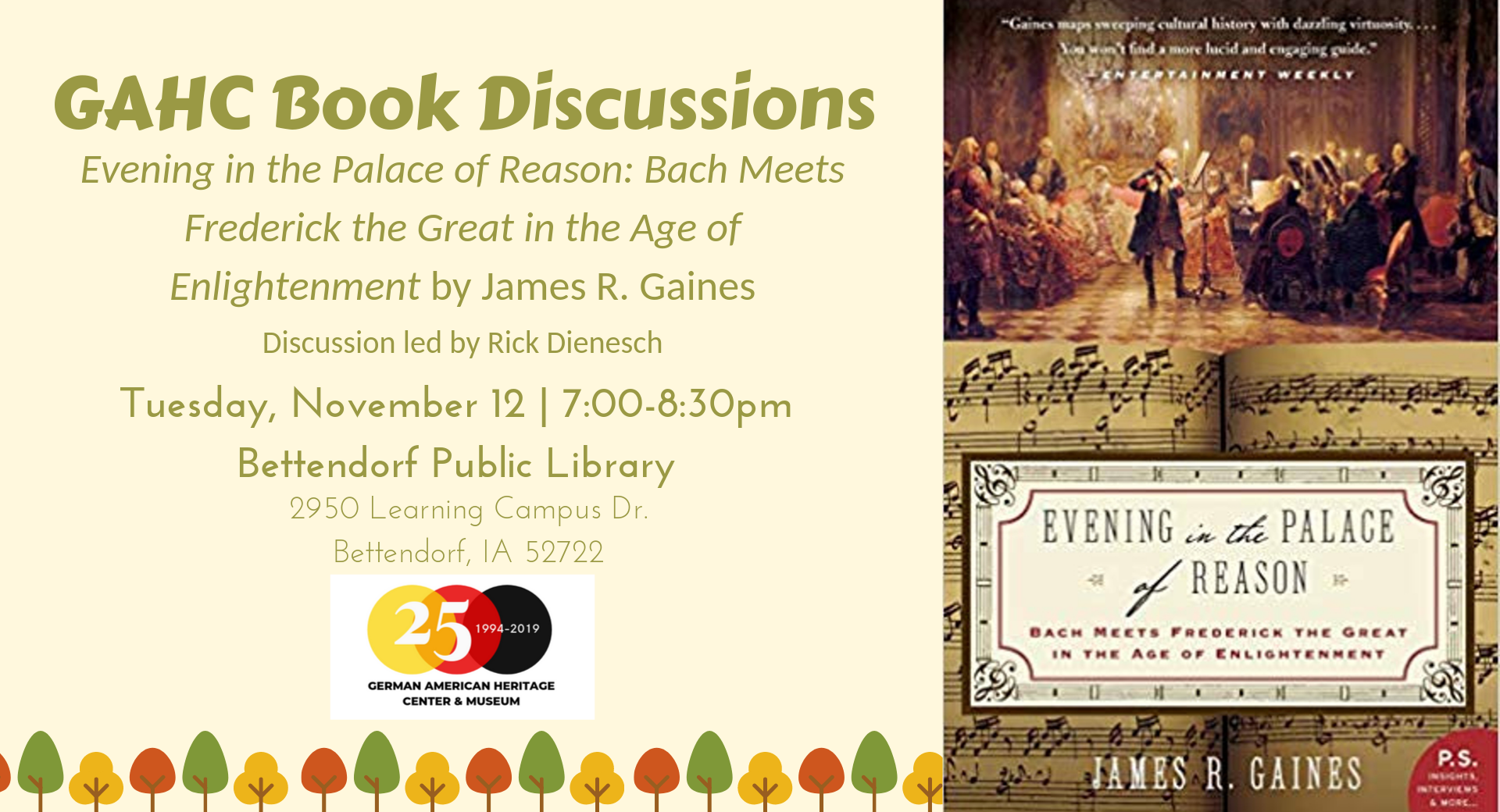 Join the GAHC Book Discussion group at the Bettendorf Public Library on Tuesday, November 12 at 7pm for the second of their 2019-2020 book discussions.

On November 12th, the group will discuss Evening in the Palace of Reason: Bach Meets Frederick the Great in the Age of Enlightenment by James R. Gaines. The discussion will be led by Rick Dienesch.

Johann Sebastian Bach created what may be the most celestial and profound body of music in history; Frederick the Great built the colossus we now know as Germany, and along with it a template for modern warfare. Their fleeting encounter in 1757 signals a unique moment in history where belief collided with the cold certainty of reason. Set at the tipping point between the ancient and modern world, Evening in the Palace of Reason captures the tumult of the eighteenth century, the legacy of the Reformation, and the birth of the Enlightenment in this extraordinary tale of two men.